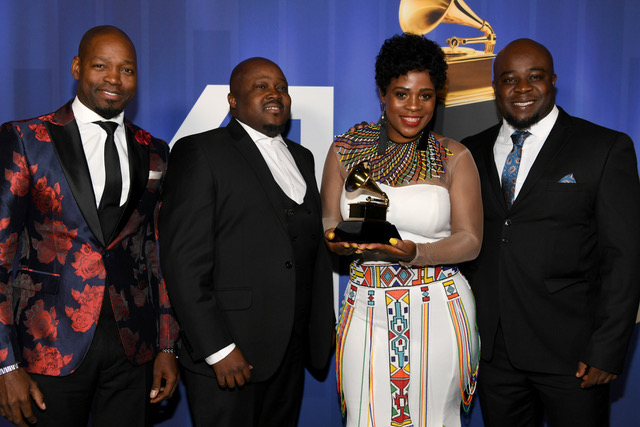 The choir was recognised at the 2019 Grammy® Awards in Los Angeles on Sunday 11 Feb, taking home Best World Music album for their latest offering ‘Freedom’.

The choir won their first Grammy® Award for their second CD ‘Blessed’, in the category ‘Best Traditional World Music’ in 2007, and scooped a second only a year later, in 2008, for their third album ‘African Spirit’,

This latest win for ‘Freedom’ makes it their fifth Grammy® nomination and third Grammy® in total!

“Congratulations to the Soweto Gospel Choir for being awarded the Best World Music album for ‘Freedom’ at the GRAMMYs. This is the choir’s third Grammy award and we thank them for telling our story to the world and flying the flag high.”

Catch the South African choral legends live on stage, as they join former and current dancers from Rambert and The Royal Ballet with multi-award winning choreographer Mark Baldwin OBE to deliver a powerful performance in INALA!

Making its West End debut at The Peacock Theatre in London, 30 April – 18 May, before heading out on tour. Book your tickets at www.inala.co.uk/tickets-tour

Sign up to our newsletter to receive more exclusive deals and event details around Sisters Grimm shows.