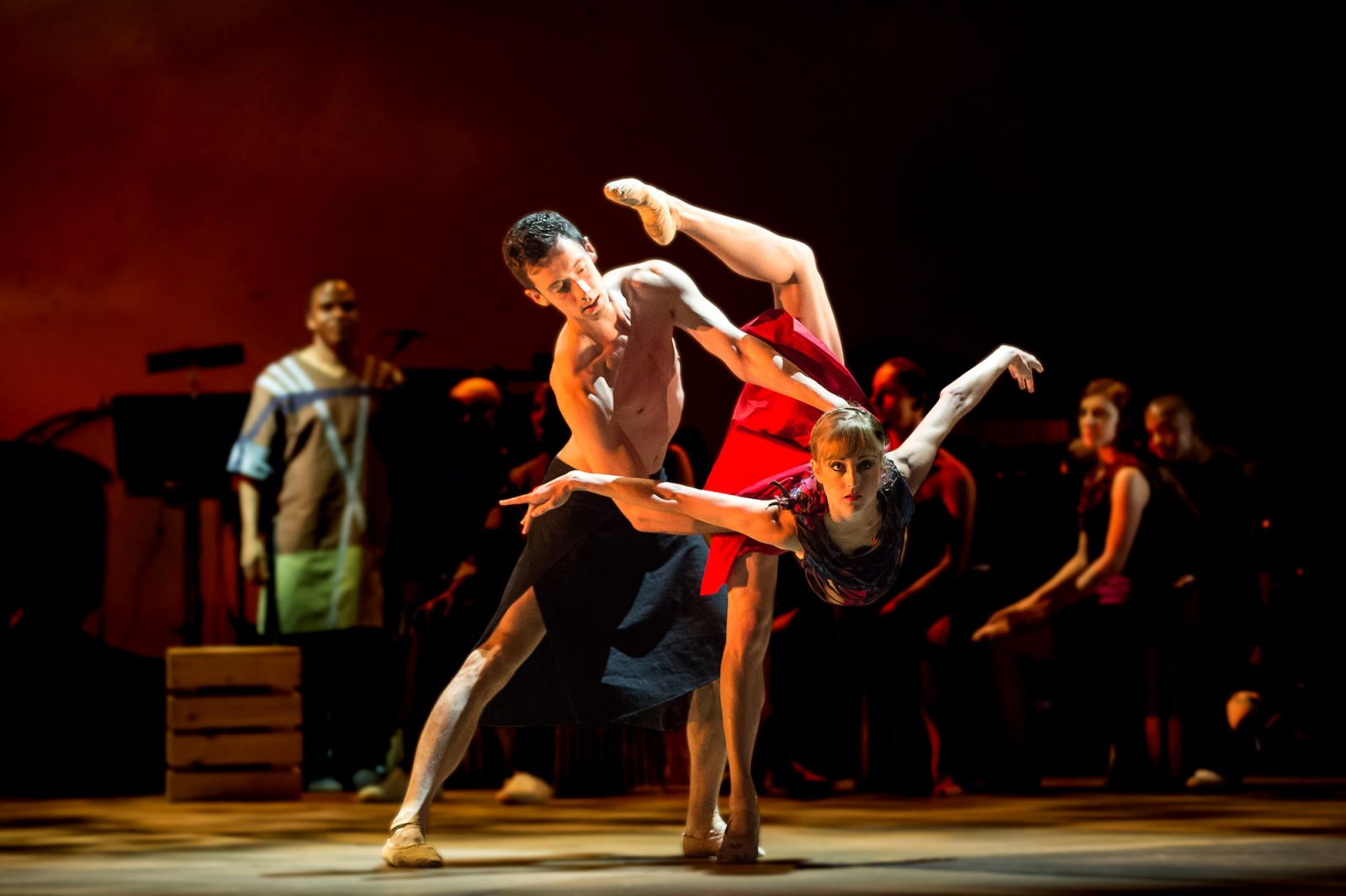 Following a sell-out run at London’s Sadler’s Wells and a phenomenal 2015 tour, INALA will return to the UK in 2019, bringing together the two-time Grammy® Award-winning South African choral legends, Soweto Gospel Choir with multi-award-winning chorographer Mark Baldwin in this unique artistic collaboration. INALA will receive its West End premiere at The Peacock in London playing from 30 April to 18 May, with a press night on Wednesday 1 May. 2019 tour dates will be announced shortly.

It’s four years since the ground-breaking phenomenon that is INALA – A Zula Ballet – was first performed at the Edinburgh International Festival. INALA, meaning ‘abundance of goodwill’ in Zulu, delivered all it promised – an uplifting live experience, powered by a cultural explosion of music, song and dance. Featuring world-class dancers from The Royal Ballet and Rambert, the critically acclaimed production embraced an exhilarating fusion of South African and Western cultures live on stage, to create a unique, immersive experience that reflected both cultures.

The music for INALA was recorded at Abbey Road Studios and was Grammy® Award nominated in 2016 for Best World Music Album. Baldwin, who headed Ballet Rambert for 15 years winning a host of awards, was subsequently awarded an OBE for Services to Dance.

Next year will see a new production take to the stage, when INALA plays a three-week season at The Peacock in London from 29 April to 18 May. Featuring the spectacular two-time Grammy® Award-winning Soweto Gospel Choir as well as new cast including the Royal Ballet First Artist Camille Bracher, The Peacock dates will go on sale on Monday 1 October. Full casting will be announced at a later date.

Soweto Gospel Choir was formed in September 2002 to celebrate the unique and inspirational power of South African Gospel music. Drawing on the very best talent from the many churches in and around Soweto, the choir was created to share the joy of faith and tradition through music. Rehearsing in a small garage next to the house of the Choir’s founding Musical Director, the late David Mulovhedzi, the choir has come from the humblest of beginnings, a small building on a dirt road in the backstreets of the township of Soweto through to the internationally renowned music phenomenon.

Soweto Gospel Choir’s first album “Voices from Heaven” reached No.1 on Billboards World Music Chart just 3 weeks after its release. In the following years Soweto Gospel Choir has won many coveted International awards including two prestigious Grammy® Awards and a 2009 ‘Best Song’ Oscar nomination for its collaboration with Peter Gabriel for “Down to Earth”, the theme for the Disney Pixar movie Wall-E. In addition, Soweto Gospel Choir received a 2010 Emmy for its collaboration on 3 songs with U2 on ESPN’S promotional campaign for the FIFA World Cup.

Inspired by its patron Archbishop Tutu, Soweto Gospel Choir have been international ambassadors for their nation and have performed at many of South Africa’s most historically significant occasions including the State Funeral of the late President Mandela, his memorial at St Paul’s Cathedral in London and at Winnie Mandela’s 2018 memorial service.

INALA’s producers are ex-Royal Ballet ballerina Pietra Mello-Pittman and composer Ella Spira. In 2009 they had a vision to create a theatre company that broke all the rules and Sisters Grimm was born. Pietra and Ella nurtured INALA from an original concept to celebrate 20 years of democracy in South Africa through to its premiere in Edinburgh, bringing together an extraordinary creative team. INALA received its international premiere at the prestigious Chekhov festival in Moscow and enjoyed a second sell out tour. Sisters Grimm went on to present ‘Voices of the Amazon’ and currently have two new productions in development. Sisters Grimm remain true to their ethos on future projects; namely to create authentic work that develops and increases the audience for arts by bringing together different disciplines and cultures, in a way that is inclusive, vibrant and entertaining.
www.inala.co.uk

WHAT THE PRESS SAID:

This website uses cookies to improve your experience while you navigate through the website. Out of these, the cookies that are categorized as necessary are stored on your browser as they are essential for the working of basic functionalities of the website. We also use third-party cookies that help us analyze and understand how you use this website. These cookies will be stored in your browser only with your consent. You also have the option to opt-out of these cookies. But opting out of some of these cookies may affect your browsing experience.
Necessary Always Enabled

Any cookies that may not be particularly necessary for the website to function and is used specifically to collect user personal data via analytics, ads, other embedded contents are termed as non-necessary cookies. It is mandatory to procure user consent prior to running these cookies on your website.