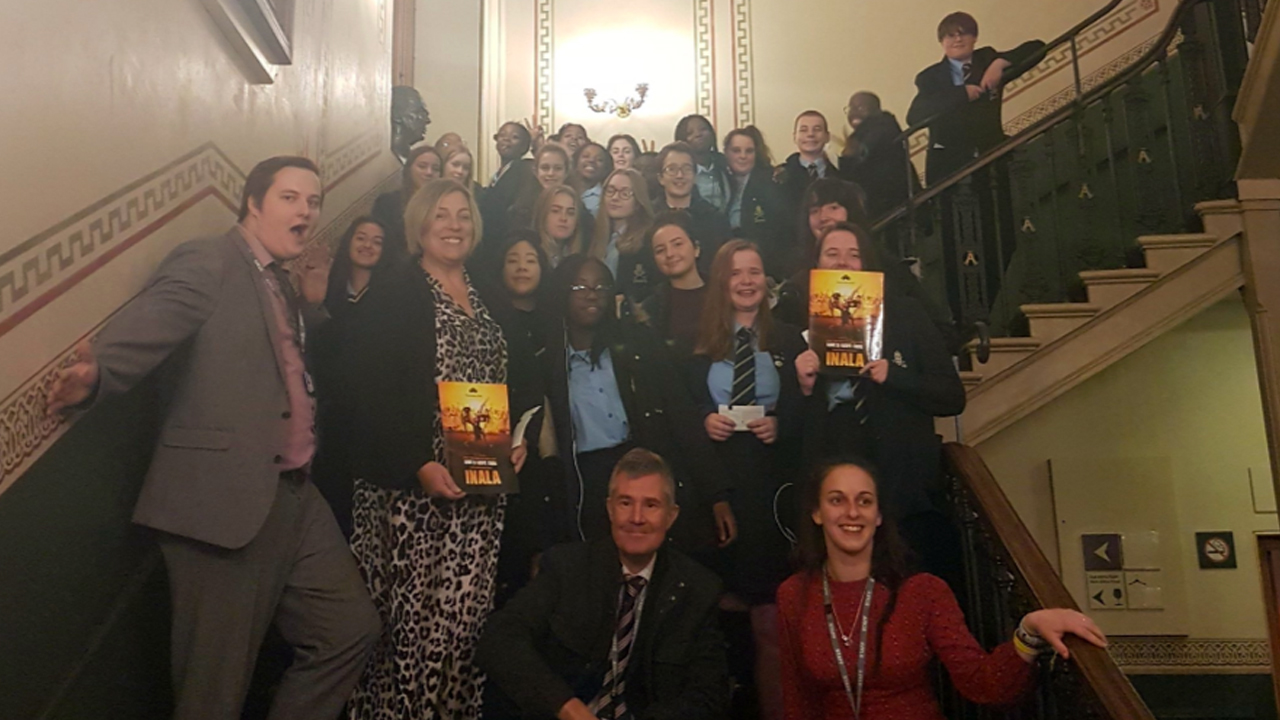 We have a vision of a society that celebrates diversity, in which individuals are inspired to access their emotions, and are empowered to take their own decisions. Sisters Grimm aims to enhance empathy, self-expression and inspiration among children and young people by offering them access to high quality entertaining shows and related workshops, that help to construct frameworks for their creative development and activity.

We want to show young people that they have a place in this sector. We want young people to see performers that look like them on a West End stage. We want them to meet the cast and creatives who make this happen, and to realise that the route into this industry is not a straight line, but a journey of many different diversions and cross roads. We want them to walk through the doors of the world’s most prestigious venues, and to say with confidence that they belong. 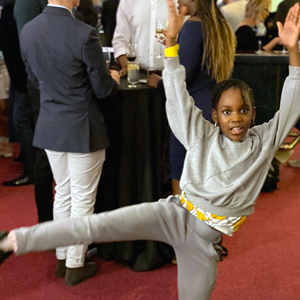 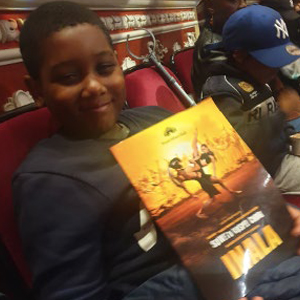 SPECIAL EDUCATION NEEDS
INALA schools programme was an important intervention for SEN students who find traditional education spaces difficult. They were able to find new ways of reacting to art that wouldn’t have been discovered in a classroom. Students felt excited and included.

“A boy who never really smiles or goes out sat with me and was up clapping and smiling.”

“A parent of a student who says very little in school sent me an email saying ‘he had a great time was really glad he went, he sent me lots of photos with him and his friends and of the stage and rehearsals, he even face timed his little brother, so he could see. He also kept in contact letting me know each stage of his journey and evening. And talked about it when he got home. Thank you for giving him this Opportunity.”

PREVIOUS PROGRAMME OUTCOMES
WELLBEING
It is incredibly difficult to confirm that access to the arts has an impact on mental health and wellbeing, particularly over such a short time frame. However, one piece of feedback highlights this correlation in one student:

“One girl told another teacher “I had the best sleep ever!”. Now this might sound strange, but she was actually saying that watching the dancing and the music beating through her body just made her so relaxed that she felt totally rested at the end, more so than she has felt at home in a very long time.”

CONCENTRATION
Although it is not possible to prove whether visiting the production of INALA improved students concentration at school, a teacher had this to say of her students

“Many of these students can find a lesson sitting down a real challenge but they all managed to be focused for the whole show. This is a true testament to just how good you are.”

SOCIAL IMPACT JOURNEY
2017
Sisters Grimm piloted their social impact programme as an act of community cohesion around the tragic events of Grenfell Tower and London’s terrorist attacks. 2000 children and young people and some the Grenfell volunteers saw Voices of the Amazon for free that Summer.

“We brought a large group of children and they were on their feet at the end… it’s ignited a real love
of music and dance. It was an amazing show and we felt very privileged to be there.”
– Lauren Seager-Smith, CEO KidsScape

2019
WEST END: Following the resoundingly positive feedback, in 2019 for the West End shows of INALA, Sisters Grimm partnered with the Prince’s Trust founded in 1976 by Charles, Prince of Wales to help vulnerable young people get their lives on track. 1,200 school students received amazing enrichment opportunities around the event. The young people experienced a Q&A with the cast, an in-school workshop and a seat at a performance of the show at the Peacock Theatre in London’s West End.

POSITIVE IMPACTS
100% of teachers and group leaders have asked to be notified when the next show is available as it has such
a positive impact on their students.

SINGAPORE: the first international premiere of the outreach programme with 500 beneficiaries.

ROYAL ALBERT HALL LONDON: On 23rd October the Royal Albert Hall welcomed 1,300 young people and their families to watch INALA for free. Community groups, school groups and young people with additional needs were seated throughout the auditorium, participating as equals in this Gala event. Sisters Grimm appointed Keelan Johnson who was taking part in a Prince’s Trust Team Programme to be an Ambassador for INALA and present the behind the scenes documentary film at the Royal Albert Hall.

CHINA: Sisters Grimm expand their programme on their premiere tour of China engaging and collaborating with Ministers for Education, local government officials, major universities and NGO’s. Another 1000 participants experienced INALA and new ties were forged between theatres and universities allowing for deeper engagement and audience growth. Sisters Grimm were also invited to Educational residencies and to join Arts University advisory boards.

2020 and beyond…We want to offer more and more young people the chance to be at our shows, to meet the creatives and cast, to have a workshop with a member of the company, and eventually to be part of the industry too.