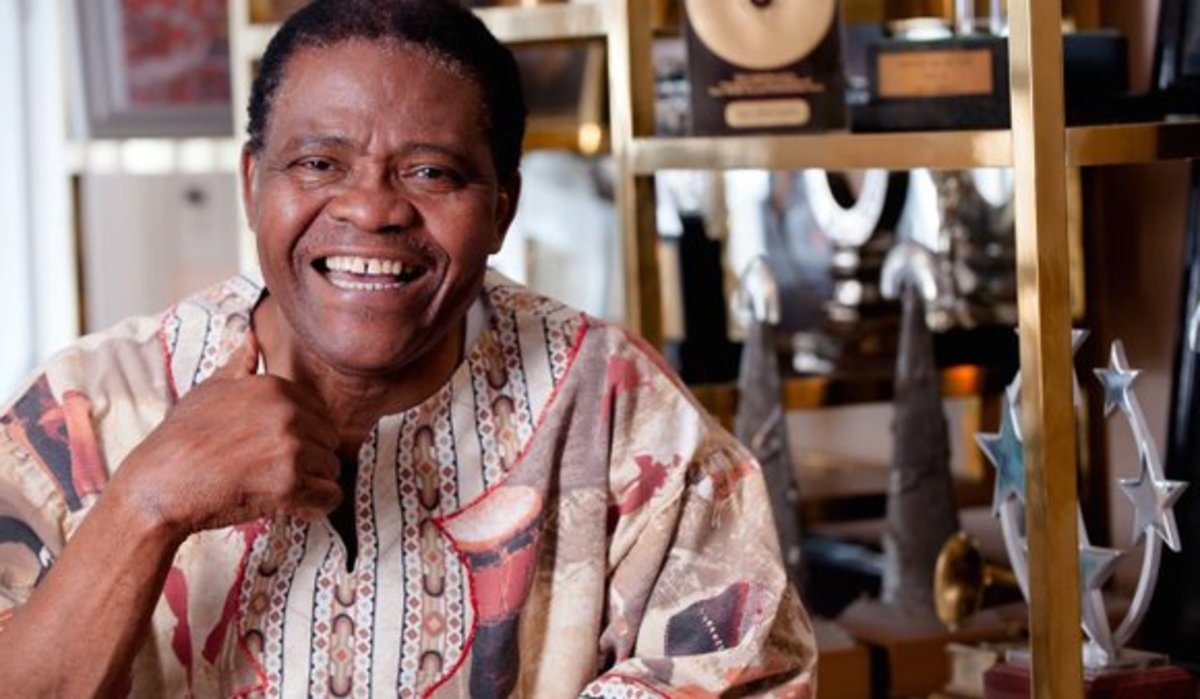 “It’s with a heavy heart we at Sisters Grimm hear the news that Joseph Shabalala founder of Ladysmith Black Mambazo has passed away today. Our condolences extend to his family, the whole group and the many, many people whose hearts he touched. We have so many beautiful memories of writing the music for INALA with him in South Africa and of our Inala journey over the last ten years. His legacy lives on forever through the music he made”.

In 2010, Pietra and Ella (based in London) travelled to South Africa to meet with Joseph and his group and the Grammy Award-nominated music for INALA was born.   INALA’s original score was composed in a glorious collaboration between the South African choral legends Ladysmith Black Mambazo, Joseph Shabalala and the British composer Ella Spira, who created the concept of INALA with former First Artist of the Royal Ballet Pietra Mello-Pittman.

Four years later, the ground-breaking phenomenon that is INALA – the South African Dance spectacular – premiered at the Edinburgh International Festival, featuring Ladysmith Black Mambazo dancers from the Royal Ballet and Rambert Dance. INALA, meaning ‘abundance of goodwill’ in Zulu, delivered all it promised; an exhilarating fusion of South African and Western cultures live on stage creating a unique, immersive experience that reflected both cultures.

The production went on to tour Russia, Singapore, London’s West End, and China, with performances also on The Royal Variety Performance, at Prince Harry’s Sentebale charity concert, and at the Royal Albert Hall.

Ella Spira says; “Joseph as a person came from such an amazing place of wanting to change the world through sharing and celebrating his own culture. Graceland played a part in helping to break Apartheid, his music helped to break down barriers and INALA is a continuation of that.

The track from INALA, Usizi captures all of this and it was the first song we ever wrote together.”

Pietra Mello-Pittman said “It’s extraordinary that two people from different sides of the world could not only get together and meet but be so aligned and share the same views. Joseph told Ella that music was their common language.

Usizi tells the story of struggle and we can only imagine the struggle Joseph has been through, mirroring those of South Africa. In the song is not only pain but hope and joy – a song that leads you to empathise.  It captures what we were trying to show about South Africa – it’s like a prayer and perfectly tells the story of Joseph’s journey.

Pietra and Ella said “Joseph was also light and funny. He had a twinkle in his eye and an incredible smile. What he and his group represented has to be remembered. He never had an ounce of resentment towards anybody. He represented Africa in one of the most honest ways and took that to the whole world. He always kept his feet on the ground, remaining connected with the community and he promoted South Africa in an extraordinary way internationally. We hope through INALA to honour Joseph’s legacy and continue to celebrate his talent.”

Blending the intricate rhythms and infectious harmonies of their native musical roots with live percussion, piano and strings, Mark Baldwin’s choreography united Zulu traditions with classical ballet and contemporary dance, performed by an exceptional company of 20 dancers and singers.

The music for INALA was recorded at Abbey Road Studios and was Grammy® Award nominated in 2016 for Best World Music Album.